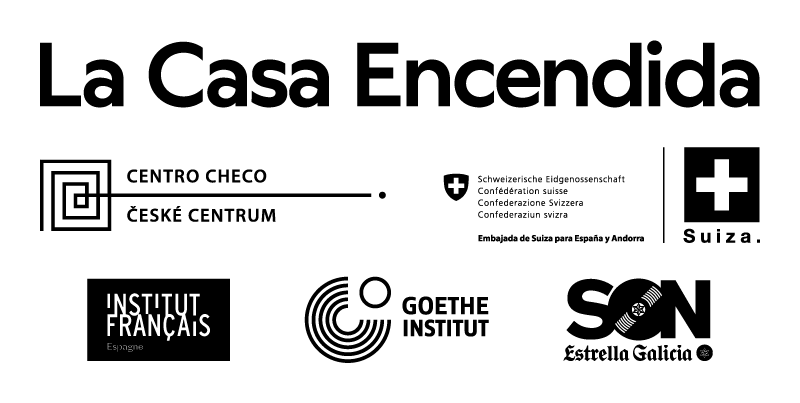 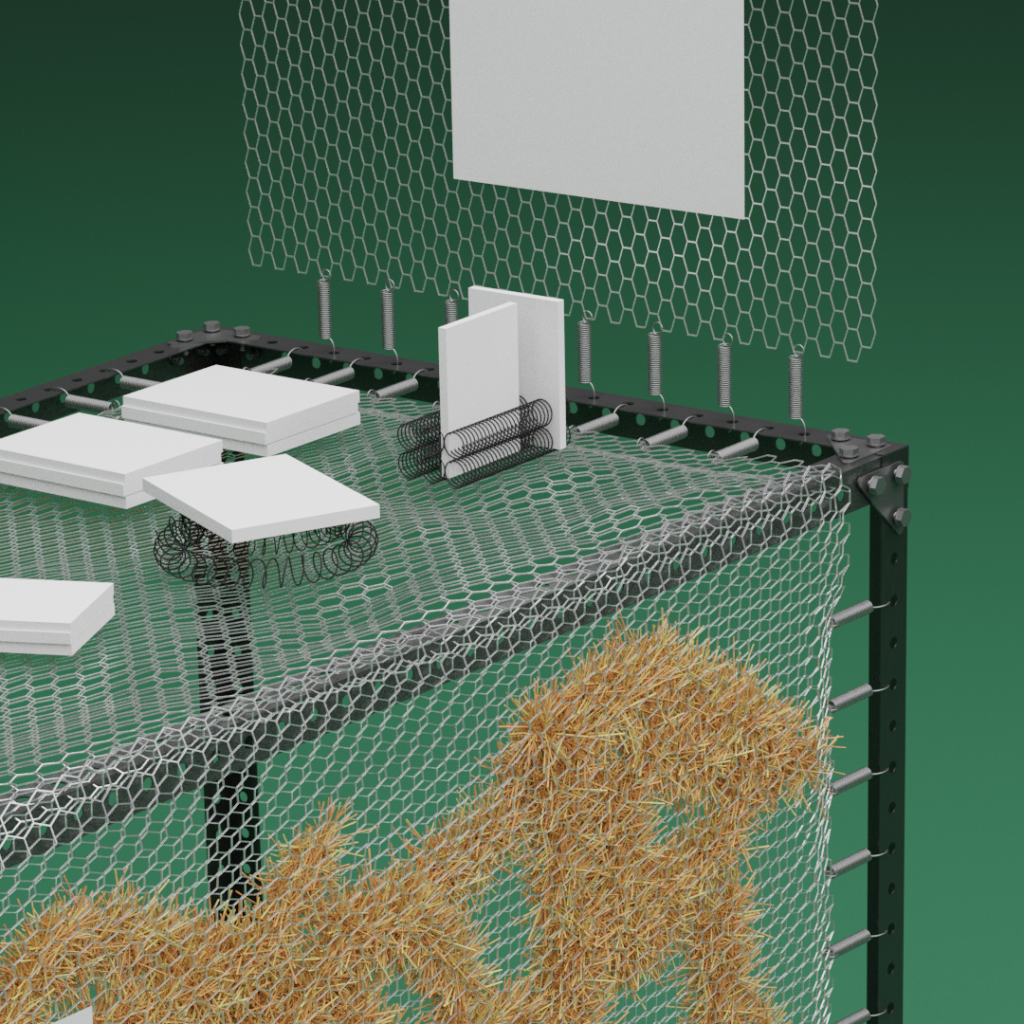 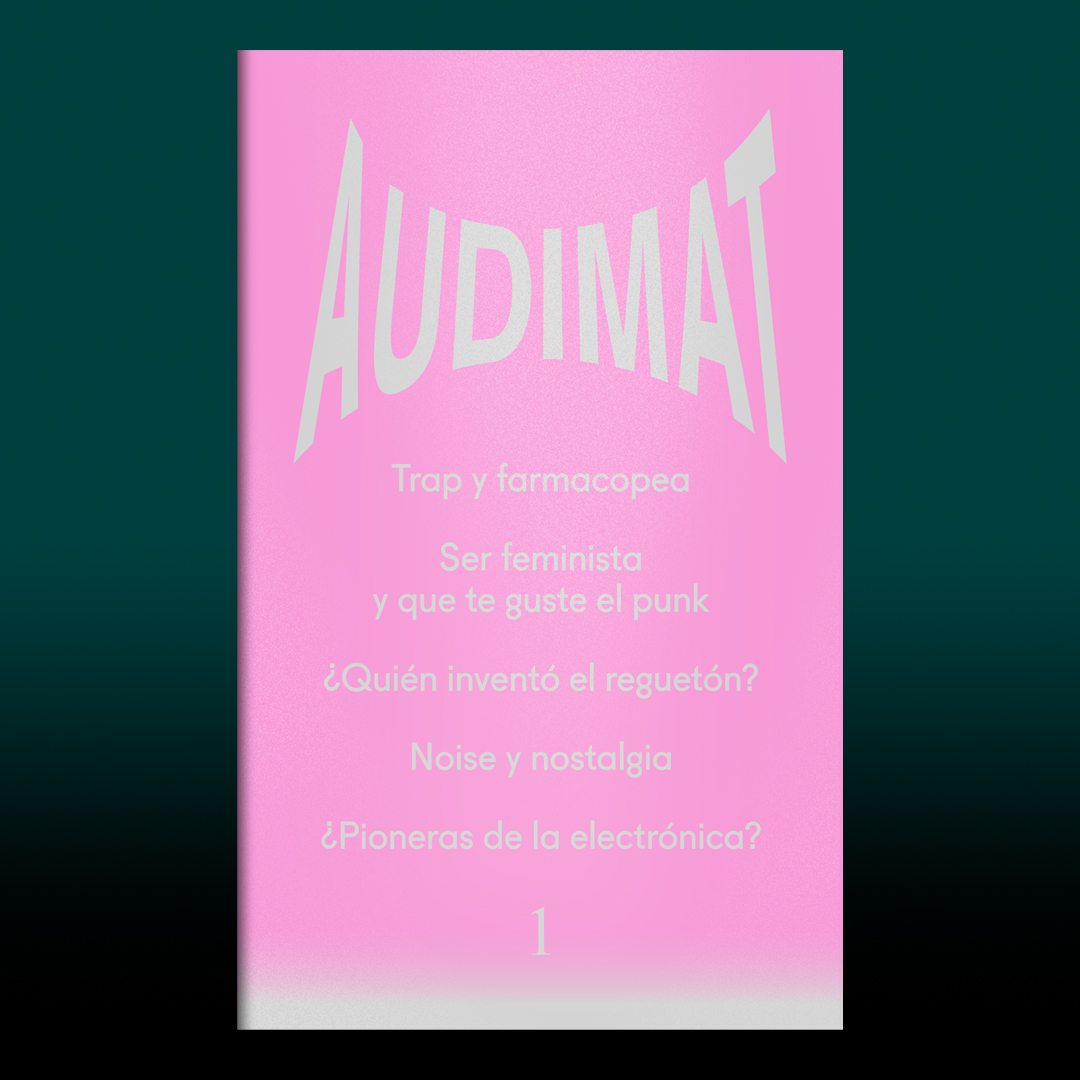 Since 2012, the French biannual journal Audimat has been publishing essays on musical and social criticism, social history of music, counter-narratives, and wild aesthetics, distancing itself from promotional constraints of the  and the weight of academia publishing processes. The publishing house, launched in 2020, redoubles its efforts reclaiming both a more sensitive and political relationship to music.

In this special edition of Libros Mutantes we are presenting Audimat’s first book in Spanish —co-published with La Casa Encendida and designed by Pierre Vanni—, with texts by Kemi Adeyemi, Ellen Willis, Wayne Marshall, Catherine Guesde and Frances Morgan. The launch of this first title of the collection will be presented by Audimat’s editor Guillaume Heuguet and Mónica Carroquino (deputy director of La Casa Encendida). 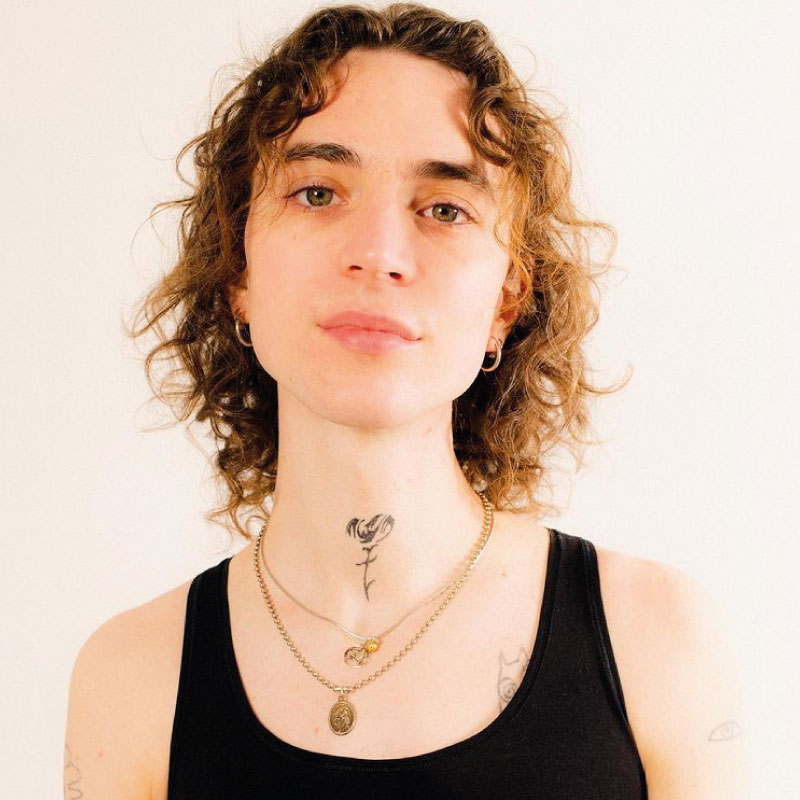 TABLOID Press poetics are poets just talking, playing with talking. They are environmental: conceived in Berlin in 2014 by Zoe Darsee and Nat Marcus, the project’s first publication was a gossip column on newsprint – the effect of its lyrics were intended not only for the reader in private, silent engagement, but for the whole interpersonal terrain in which the authors were growing up and about which they wrote. Wrote poems that could also bridge a “scene”, slice open a “club”. Wrote to enter a dancefloor as a poet and let the dancefloor enter the poem.  In the following years, TABLOID has released numerous publications, its activities widening to include facilitating poetry workshops, designing books and clothing, and regularly organising readings and parties. No matter the format or function, the press’ activities are always means of innervating the body, be it collective or individual, with a force called lyric. A relation to the body, and its according ethic, has shifted and pivoted since TABLOID’s founding, and Nat Marcus will speak on this movement for her talk at Libros Mutantes 2022. 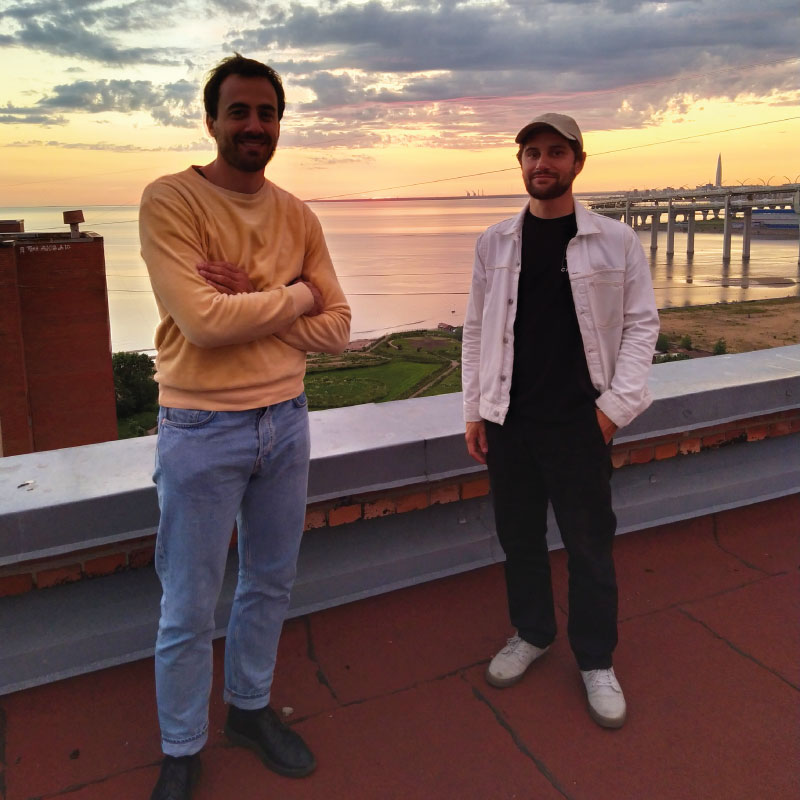 Functioning as a record label, publishing house and exhibition organizer, FLEE focuses on shedding the light on sub-cultures and specific phenomena, while making them interact with contemporary artistic approaches, through a critical point of view. For each issue, FLEE will release a vinyl record along with a printed magazine helping its audience to fully grasp the essence of the movements highlighted.

FLEE will offer a sonic journey through various geographies and cultures with the intent to highlight some misknown and obscure genres approached from various angles. Ritual music, working songs, relaxation hymns, this set will be underlining the social aspect of music and how it structures local contexts. 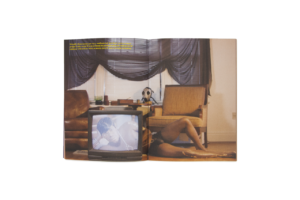 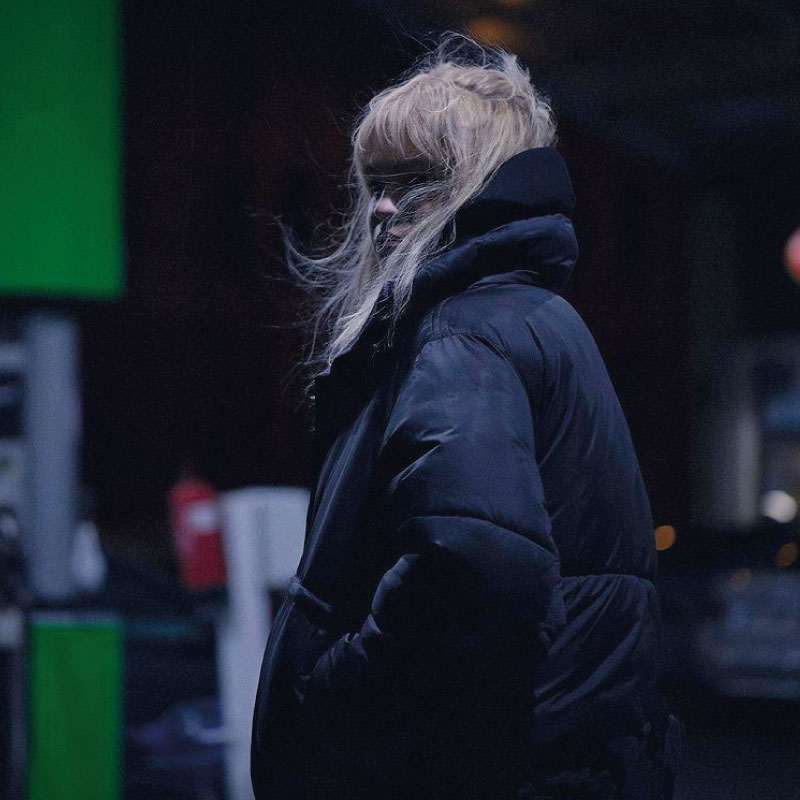 Kristýna Kulíková is a graphic designer currently based in Prague. Most of her output is tied to both local and global music scenes in one way or another. In her work, the formal language of speculative design blends with the means of deconstructed typography and URL deposits combined with craftworking methods. Information overload is rendered into spatial hallucination. Experimentally-conducted punchlines attack our mind with the strength of the freshest of memes.

Tres Tipos Gráficos is a Madrid-based design studio founded by Alberto Salván and Nicolás Reyners focused on editorial design, spaces and exhibitions, typography or artistic direction in illustration, photography and video. Their work has been recognized with awards such as Gràffica – Best Design and Visual Culture 2015, D&AD Award wood pencil (London) 2015, several ADG Laus between 2010 and 2019, Top Fedrigoni Award (Parma) 2013, a Type Directors Club (New York) 2012 distinction, and a PHotoEspaña award to the Best Photobook 2012, among others. Both partners have a longtime career as teachers in IED Madrid in Branding, Visual Identity and Master Course direction. 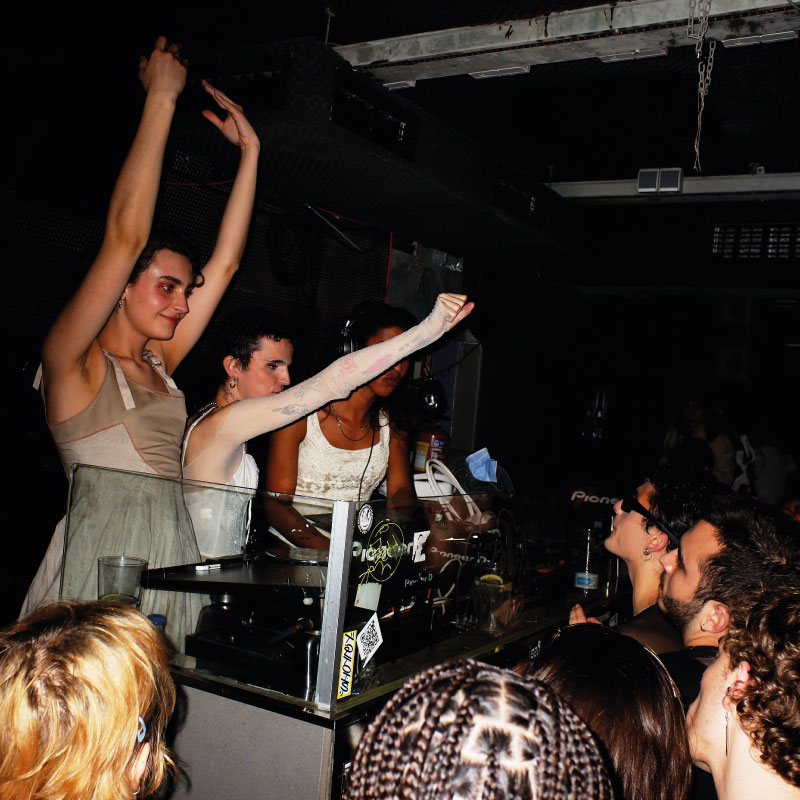 CULPA is a queer artistic collective focused on electronic music. It was born in 2019 out of the need to fill dancefloors with mannerisms, mistakes and distortions and to generate a space where LGTBQ+ people feel represented and comfortable. They have made parties in Madrid, Barcelona and Berlin, and in them have performed artists such as: Slim Soledad, Oli XL, Ecstasya or Bella Báguena. Currently, their residents are: MAAY (AR), JOVENDELAPERLA (ES) AND BERENICE (ES). #transsexualclub #furrystudies #puppetcelebration

Libros Mutantes brings together different national and international online radio stations in order to foster networks between them, map the particularities of each one within its context, discuss the relationship between music and design and offer different mixes made for the occasion. Participants: Radio Relativa (Madrid), Radio Alhara (Itinerant), Zarabat (Tehran, Iran), EOS  (Munic, Germany), among others. 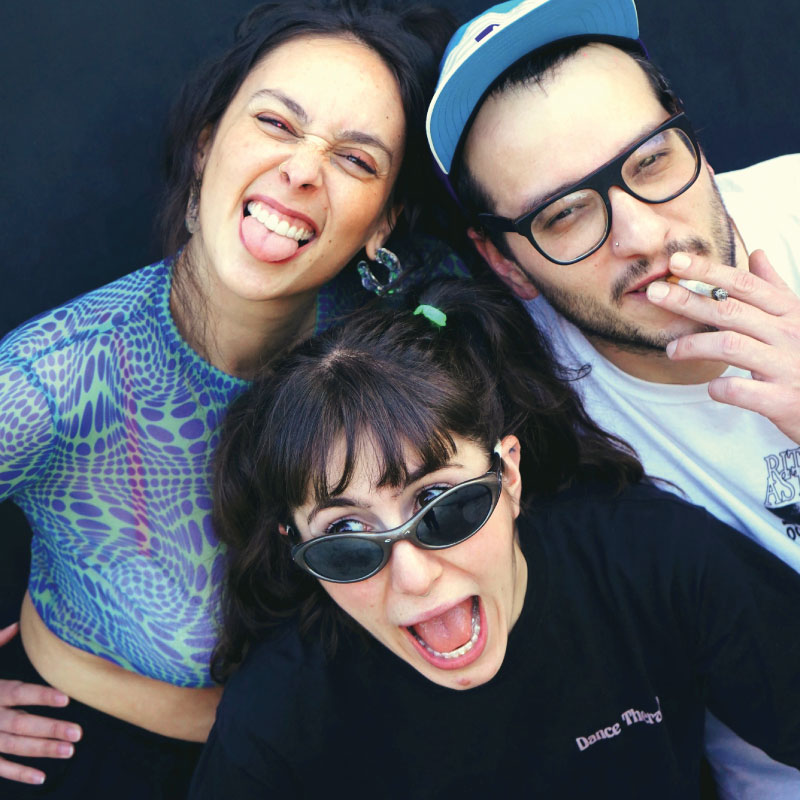 Dembooty was born in 2019 by CRKS290, Brava and Umami. Their parties are known for the rhythm of global sounds such as Funk Dance, Dembow or Dancehall. The collective has become a benchmark in the capital where Tayhana, Highkili, Topanga, 8kitoo and Alvva have already passed. On Radio Relativa you can listen to Dembooty Club, their monthly program. Although they are based in Madrid, they have brought their sounds to Razzmatazz (Barcelona), Monkey Week (Seville) or Turbo Vodafone FM (Porto). In 2022, with Boiler Room, they began the year at Ballantine’s True Studios Madrid. 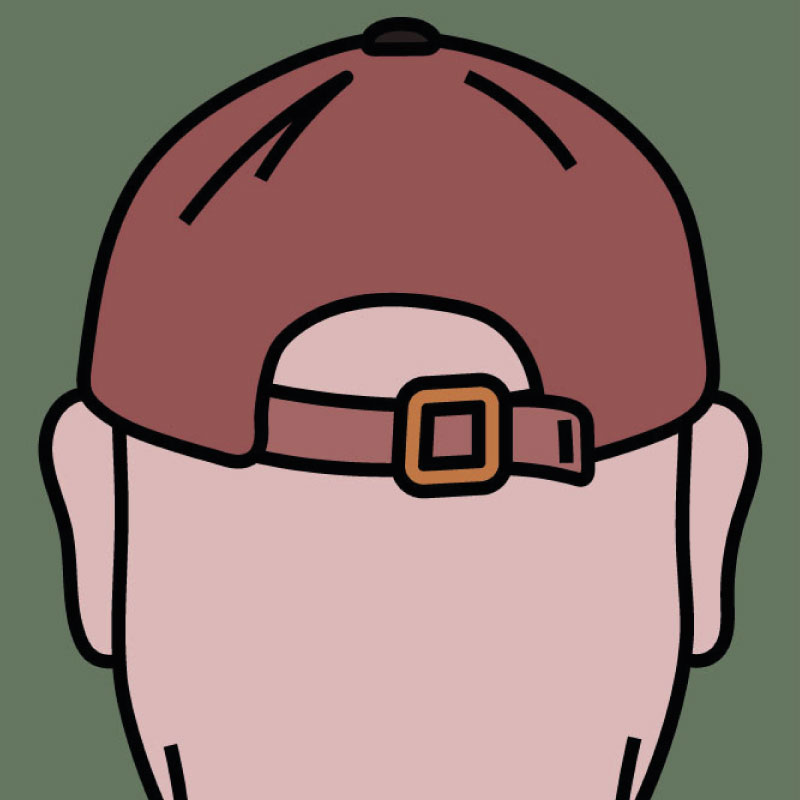 Rob Collado works as an illustrator, animator and art director for all types of audiovisual material. Obsessed since he was young with graffiti and the illustrated logos of the skateboard stickers, he began to draw misshapen characters and letters. Later he broaden that range of references to focus on Japanese animation, ligne claire or abstract art.

Design and record your own cassette with RAPAPAWN, Nayare Soledad and Juan Vacas in this special edition of Fanzine To Go. RAPAPAWN will be in charge of the visual part of the workshop, guiding the participants in the design of the cassette booklet. Nayare Soledad proposes a written express remix in which each participant will go through the «mixing table» and together they will select fragments of lyrics from salsa, cumbia and reggaeton songs. Juan Vacas will record in real-time the voice of each participant on the customized tape.

RAPAPAWN is an experimental comic and animation studio created by Óscar Raña and Cynthia Alfonso. In the musical field they have worked for artists such as Holy Fuck or Dan Deacon and for WeTransfer, The New York Times, MOOG or Givenchy. In their editorial work, abstraction and sequentiality are approached as experimentation tools, as set out in publications such as HE-HE, SOPAPO or LEIRA/LERIA. Their exhibition project could be seen at Mountain Analogue (Seattle), at DEMO-It’s Nice that, (Amsterdam), at the collective “Narcohumanisme. Farmàcies i estupefaents a les pràctiques artístiques actuals” (Bòlit, Girona), “A arte no comedian” (Pontevedra) and “Selective Affinities XII” (Vigo) or in other cities such as Madrid, Paris or Taiwan.

Nayare Soledad is a poet, DJ, salaried driver, curator and healer. Crooked, stubborn and romantic transvestite. She had an artistic residency at Matadero Madrid in 2020/2021 and recently she has self-published her poems Bendiciones travestis y algunas maldiciones.

Juan Vacas is a founding member of Real No Real cultural association, through which they program performances of experimental music and sound art in Madrid. Graduated in Cultural Studies with a dissertation on pre-internet postal networks, he has collaborated with independent labels such as the CincaMonterde publishing house or the Archaic Inventions blog. As an artist he has participated in places such as Braille Satellite, Fusion Festival and presented pieces on radio stations such as LYL, Montez Press or the Radiophrenia festival. He is currently focused on the development of Miradasvacas sound project and the Ediciones Fontenebro label together with Pablo Mirón.

Get your Tickets now! 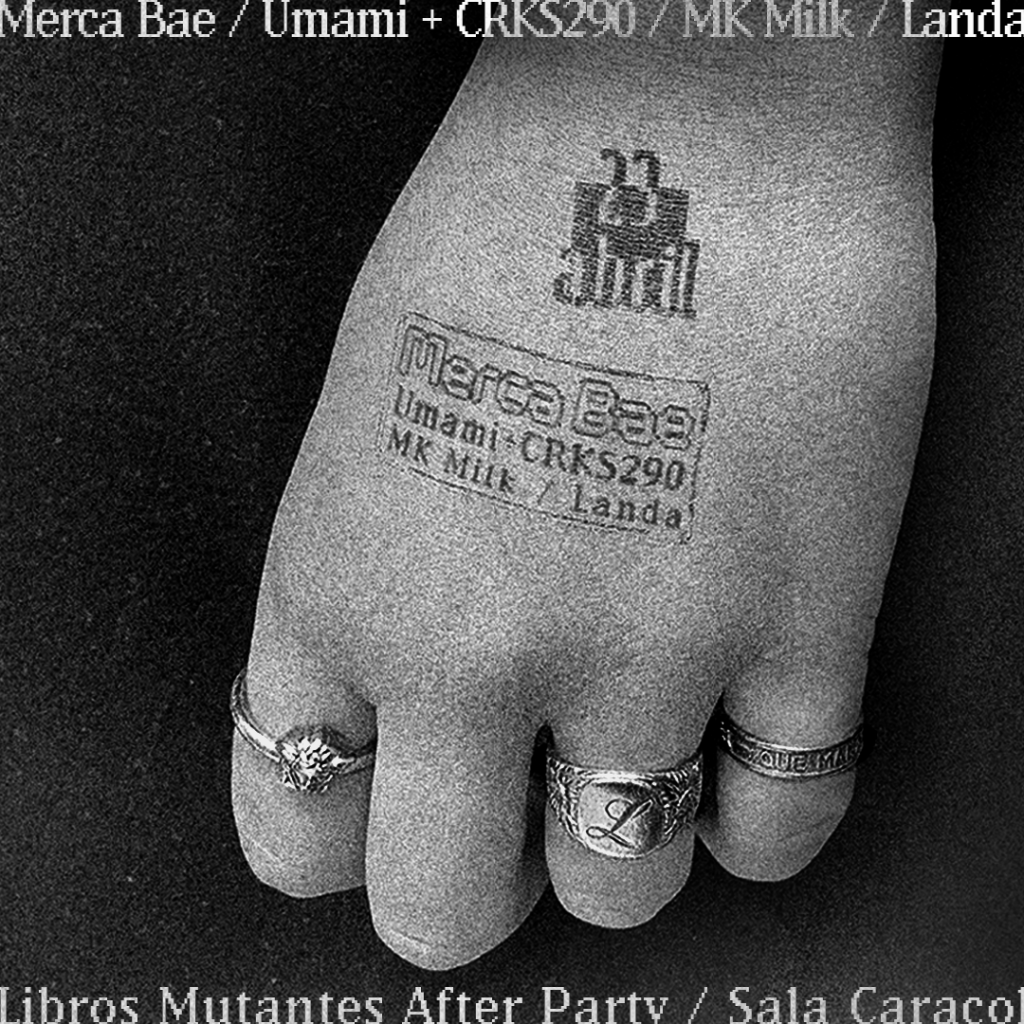